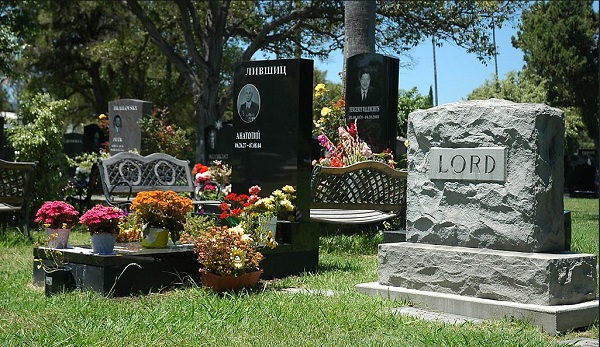 Hollywood is famous the world over for all of its contributions to the film industry, its birth of celebrities, and its relation to the ultra rich and famous. Hollywood movies depict everything from the lows of the world to the most fantastical planets – all with the help of directors, actors, producers, and more. The Hollywood Forever Cemetery is a final resting place for many individuals who have been involved in the world of Hollywood at one point in some capacity. Let’s take a look at 5 of the most iconic celebrities buried at the Hollywood Forever Cemetery.

Mel Blanc is a man who needs no introduction, but there are many who do not know him due to the nature of his work. As one of the most gifted voice actors ever (his nickname was “The Man of a Thousand Voices”), Blanc contributed to some of the most iconic and landmark cartoons and animated films. Just how iconic? Blanc voiced the following:

The chances of you having heard Mel Blanc’s voice are very high!

His tombstone is engraved with Bugs Bunny’s famous words, “That’s All Folks.”

Judy Garland is immortalized thanks to her role as Dorothy in The Wizard of Oz. The movie has injected phrases into the English language to the point that they are commonplace, such as “There’s no place like home” and “We’re not in Kansas anymore.”

Though Dorothy in the Wizard of Oz is undoubtedly her most famous role, Garland appeared in more than 30 feature films over the course of her four-decade-long career – impressive, considering her untimely death at the age of 47.

Garland’s remains were originally located in Hartsdale, NY at Ferncliff Cemetery, but at the request of her children, they were reinterred at Hollywood Forever Cemetery.

Interestingly, Terry, the dog actor that portrayed Toto, is also memorialized at Hollywood Forever Cemetery – the only animal present within the cemetery.

Burt Reynolds had a film career of ups and downs. He was an American icon after his roles in Deliverance and Smokey and the Bandit, and he later went on to direct and produce films. The Reynolds’ grave is marked with a large bronze bust of himself.

Mickey Rooney was one of the quintessential silent film stars who later progressed into feature films over the course of an extensive career. And when we say extensive, we mean it – he was active in the industry from 1927 to 2012.

Rooney worked alongside the aforementioned Judy Garland in a number of films and had such memorable roles as Andy Hardy, Mickey McGuire, and more. His headstone reads, “One of the greatest entertainers the world has ever known. Hollywood will always be his home.”

Victor Fleming was not an actor, but he was a director – and he holds claim to two of the most famous films to ever hit the silver screen: Gone with the Wind and The Wizard of Oz. In fact, adjusted for inflation, Gone with the Wind still holds the record for the highest-grossing film of all time, beating out other blockbusters like Avatar, Star Wars Episode IV, and Titanic.

His headstone is very simple, sporting only three words: “He Leadeth Me.”

Bayer Cemetery Brokers can help you sell a grave plot if you’re looking to switch burials. Contact us today for more information on how to sell your burial plot.

The Tomb of the Unknown Soldier 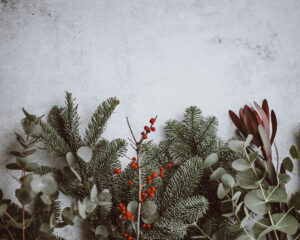 Things to Remember when Putting Together Funeral Plans During the Holidays

The holidays are usually a time of festiveness but things do happen at unexpected times, and you may find yourself